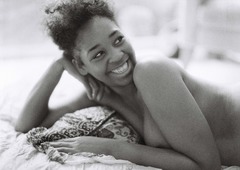 This portrait ‘study’ of Ruby by painter Jordan Sokol was originally created to take part in Sokol’s first solo exhibition titled ‘Ruminations’ at Arcadia Contemporary, Los Angeles, CA back in the Summer of 2017. Instead, they began working on a … Continue reading →